Born in Tel Aviv (Israel) in 1978, Yariv Mozer graduated in cinema and television from Tel Aviv University. He directed several shorts and documentaries which showed at international festivals, garnering prizes along the way. These include Passiflora Waltz (2003), Calling You (2006), MY FIRST WAR (2008), ANOTHER WAY (2009), Bed Stories (2010) and THE INVISIBLE MEN (2012). He is a member of the European Film Academy and the Israel Academy of Motion Pictures. SNAILS IN THE RAIN is his first fiction feature. 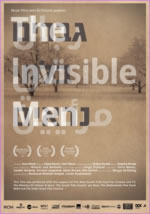