A graduate of La fémis, Sylvie Ballyot first worked in experimental cinema: a video diary, documentaries, fiction shorts, including Alice, which has been popular on the festival circuit.
She has just completed a documentary, Love and words, shot in Yemen. She is currently writing her first feature film, Eden 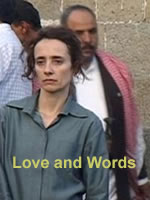