JAVIER DE LA TORRE studies filmmaking at the Universidad Complutense de Madrid, and at TAI, a private film school, where he specializes as a film director. During this period of time, he writes and directs fiction short-films in all kind of media: Esperanza-Retiro, Upside down love, 13 minutes about Eva, Caries or Strangers. He leaves for Paris, where he studies film direction, scriptwriting and film esthetics. L’Université Paris VIII produces, after a contest, his short-film Couleur Absente, which is shown in all kind of festivals and wins the first prize of the Spanish Plataforma de Nuevos Realizadores. Back in Madrid he shoots Munch’s Scream. He combines his creative facet with his work in local TV station Telemadrid, both as a director and production assistant for several programs. He writes and directs a new story, I’m all cried out, which is sceened in the Sitges International Film Festival. Finally his first film, Beware of me, is a risky work wich outsts the prevalling Spanish films to draw a style and story with universal aspirations. 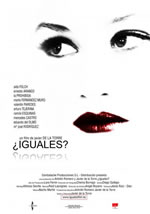