Colin Higgins was one of Hollywood’s most beloved directors and screenwriters. Born in the South Pacific island of New Caledonia to an Australian mother and American father, Higgins moved with his family to Redwood, CA from Sydney in the fifties. After attending Stanford University for a year, he dropped out to hitchhike across the country. His travels took him first to the Actors Studio in New York and then to Europe where he volunteered for the Army as a sports reporter for The Stars and Stripes. He eventually returned to Stanford to receive his degree in English and later attended film school at UCLA. During his final year, he wrote the screenplay for Harold and Maude.

While today it is considered to be one of the great Hollywood movies, Harold and Maude was a huge flop when it opened during the Christmas season of 1971 with little fanfare and advertising. The unusual romance between a young man and a much older woman, starring Bud Cort and Ruth Gordon, struck a chord with audiences and soon became a cult favorite around the world. His stage version ran in Paris for seven years.

Following the success of Harold and Maude, Higgins went on to write and direct some of the most successful films of the 70’s and 80’s, working with some of the biggest names in Hollywood, including Jane Fonda, Goldie Hawn, Richard Pryor and Burt Reynolds. His critically acclaimed films include Silver Streak, Foul Play, Nine to Five and The Best Little Whorehouse in Texas.

In 1986, Higgins established a foundation in his name to further his humanitarian concerns. That year, he also completed a television mini-series based on Shirley MacLaine’s book Out on a Limb, which turned out to be his last film project. Higgins died of AIDS in 1988.

The mission of the Colin Higgins Foundation.

The Colin Higgins Foundation supports a wide variety of causes furthering HIV/AIDS prevention, education care and harm reduction, and fostering lesbian, gay, bisexual and transgender empowerment. It emphasizes reaching geographically and demographically underserved communities including rural and reservation communities, communities of color, transgender communities, and low-income communities. The foundation is part of Tides Foundation, a larger parent foundation which partners with donors to increase and organize resources for social change.

Until everyone in our society is free from bigotry, harassment and fear, none of us are free. There are a handful of foundations that support civil rights groups and gay, lesbian, bisexual and transgender groups in particular. While this support is critical to the movement, the Colin Higgins Foundation wanted to create a way to honor ordinary but remarkable individuals whose courage helped to educate and enlighten others about the lesbian, gay, bisexual and transgender experience. 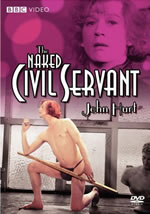