Kit Hung (aka Wing Kit Hung or Hung Wing Kit, Traditional Chinese:???, born 1977 in Hong Kong) is an independent filmmaker from Hong Kong. He studied film production in the USA and Hong Kong. He attended the Hong Kong Polytechnic University and the School of the Art Institute of Chicago for his BA in Design (Combined Studies), 2001 and a M.F.A. in Studio (Film, Video and New Media, 2005 respectively. Hung’s films are supported with grants from Hong Kong, the USA, Switzerland and France. His films has won several international awards.

Hung is most notable for his graduation film “I Am Not What You Want (2001)”. This film is significant in queer culture in Hong Kong as it challenges the stereotypes of Hong Kong gay men and gives a different representations in homosexuality in Hong Kong. “I Am Not What You Want” was distributed both in Canada (V-Tape) and Hong Kong (Ying e Chi). Competing with other commercial feature film DVDs, this 50mins, limited-budget, independence short film was held 2nd place in the sale chart in HMV, Hong Kong for 11 weeks. It was also used as teaching materials in universities in Hong Kong for cultural studies.

Since 2001, Hung has been working in different film productions in China and Europe as an editor, continuity, assistant director and project manager. This includes Ho Yuk (Let’s love Hong Kong) directed by Yau Ching and the contract projects from Radio Television Hong Kong. He was also teaching in the School of Creative Media in the City University of Hong Kong. 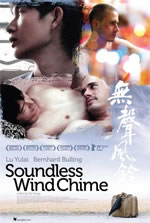