Billie Rain was born in Fall River, Massachusetts in 1973. She grew up in theWashington DC area, spending hir youth being active in movements for social change, including Positive Force, ACT-UP and Riot Grrrl. Through the early to mid-90s, Billie toured the United States performing spoken word and playing music in punk rock bands. She used the settlement money from a car accident to start Riot Grrrl Press, a pre-internet distribution service for self-published magazines (zines) focusing on young women sand queer issues. In 1996, Billie began dealing with a chronic pain and rare tumor condition that eventually moved hir out of the performance world. She spent the next ten years learning to love hirself as she is. Hir public arth as consisted of writings on healing, disability and undoing oppression. In that time, she also settled in the pacific northwest where she continues to build accessible and healing community. 2006 marked hir directorial debut with the release of the short experimental film To Be A Heart, a unique exploration of gender featuring the poetry of Hafiz. It played at festivals in Canada, Lebanon and the United States. In 2009, a few short months after hir third major tumor surgery, billie began working with producing partner Basil Shadidon the second installment of hir heart trilogy. Heart Breaks Open took 14 months tocomplete and was created in a way that would be accessible to hir disability needs. In 2012, billie wrapped production on hir second feature-film, R/EVOLVE, which hits the festival circuit in 2013 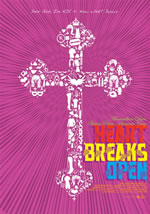 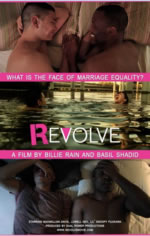