Veronica Kedar was born in Tel Aviv, Israel and grew up in New York. She studied film at the “Midrasha – School of Arts” in Israel and started working on “Joe + Belle” after graduating with her fellow classmates – Amir Fishman (the producer) and Ron Haimov (the cinematographer), as well as with co-writer Stav J. Davis. In 2010 she won the “Promising Director” award for her short film “Tail” in the Intl. Student film festival in Israel and won a special mention in last year’s “Up and Coming” Film Festival in Germany. “Joe + Belle” is Veronica’s feature debut. 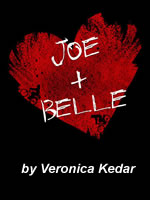