Michael Jacoby has been involved with the film industry for twenty years. He began making films as a boy with his father’s Super 8. In 1992 he graduated from U.C. Santa Barbara with a Bachelor of Arts in Film Studies. Following University Michael moved back to his hometown of Los Angeles and went to work for IRS Media as a production assistant, script reader and coordinator. Since then Jacoby has lived in Barcelona, Spain and NYC working as a part time actor and Voice Over artist. Nearly four years ago he started LookOut Films with his partner Dr. Louis C. Rose and has merged all of his passions for film together. 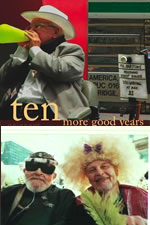