Ingo J. Biermann studied directing at the German Film & Television Academy in Berlin (DFFB). During his period in the film academy he produced and directed seven feature-length films, among them several documentaries about music. Nowadays, he works on films in Norway and with Norwegian musicians. NORDLAND is his first feature film. 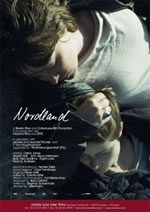