Hugo graduated from the University College of Film, Radio, Television and Theatre where he studied Film Directing. He has amongst other things worked with the Emmy Award winning company ”The Company P” directing their web serires Dollplay, that was developed by FOX.
He was finalist in the International Film competition FILMAKA 2008 with the films ”Merry Christmans”, ”Judgment Day” and ”Homeservice”.
He also founded and drove the productions company Accordion Film in Sweden 2005-2007 and developed a filmproject together with New Danes in Denmark and Öresundskommisionen that discussed the risks with the so called ”war on terror”. 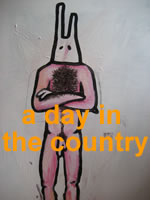 A Day in the Country di Hugo Lilja