Gwen Wynne, a filmmaker and theatre director, began her career on Broadway at Circle in the Square Theatre scouting for new plays. From there she co-founded and served for six years as Artistic Director of The No-Neck Monsters Theatre Company in Washington, D.C.; its mission was to challenge audiences with the essential questions of our time. Funders of her company included The National Endowment for the Arts , D.C. Commission on the Arts and Humanities, The Morris and Gwendolyn Cafritz Foundation , Comic Relief , The Rockefeller Foundation, The Annenberg Foundation and many others.

Presently, Ms. Wynne is leading Cape Cod Films, LLC and Cape Cod Films Ltd; these companies have been created to champion emerging filmmakers and tell stories that are often suppressed in our culture. She is producing Pam Tom’s BRUSHSTROKES IN HOLLYWOOD: A PORTRAIT OF TYRUS WONG and “TURNING THE MAP” about Col. Andrew Croft, famous Arctic explorer, WW II hero and spy that Ian Fleming based his character James Bond upon. Ms. Wynne is also producing and directing ONCE IN A VERY BLUE MOON, short listed as a finalist for the Sundance Feature Film Program in 1996 and 1997. Ms. Wynne graduated from Brown University, receiving degrees in Literature & Society and Theatre Arts. She also received her M.F.A. in Film and Video Production at the USC’s School of Cinema-Television.

BRUSHSTROKES IN HOLLYWOOD examines the life and work of pioneering Chinese American artist Tyrus Wong. Beginning with his arrival to the immigration detention center at Angel Island in 1919, nine year old Tyrus would overcome a life of poverty, racism, and discrimination to become a renowned painter and Hollywood sketch artist. The film will show how the quiet beauty of Tyrus’s eastern influenced paintings caught the eye of Walt Disney and became the inspiration for the classic animated feature Bambi . For the next 25 years, Tyrus brought his artistry to Warner Brothers where his striking storyboards and set illustrations helped set the tone and drama for films such as The Sands of Iwo Jima , Rebel Without a Cause, William Goldman’s Harper and Sam Peckinpah’s The Wild Bunch . A 9 minute trailer of the documentary is presently part of an exhibit on Tyrus Wong at the American-Chinese Museum in downtown Los Angeles.

As a film-maker Ms. Wynne has served as Development Director and 2nd Unit Director for the ABC network documentary film, THE STORY OF MOTHERS AND DAUGHTERS, which aired in the Spring, 1997. One of her primary responsibilities was to oversee ancillary product creation for the network documentary. She worked with Hallmark Cards, HarperCollins Publishing, and the National Museum of Women in the Arts.

Other work includes screenwriting and writing interactive games. She wrote a CD-ROM children’s game on physics, DA VINCI’S APPRENTICE, for CyberIsland and Panasonic, and directed the video sequences for Bandai’s GUNDAM . At USC’s School of Cinema-Television she directed and edited many shorts as well as co-taught intermediate editing and assisted in teaching an advanced directing course.

At her theatre company, she directed, developed and co-produced forgotten dramas and new plays. Extensive workshops prior to the rehearsal process were conducted with the writer(s) and actors when producing a new play at the theatre. She brought together emerging artists and established Broadway talent. Her productions included such projects as Ralph Brown’s rap musical, SANCTUARY, D.C. — a world premiere about Washington’s disadvantaged youth: runaways, drug dealers, crack addicts and homeless young people. This musical was nominated for two Helen Hayes Awards : Outstanding Resident Musical and Outstanding Actress in a Musical . Her production received attention from NPR, The Washington Post, the McNeil/Lehrer News Hour, and many other national and local newspapers and organizations.

Ms.Wynne created a successful drama program for at-risk youth in inner city Washington, D.C. in conjunction with other not-for-profits fighting against homelessness and drug abuse. She taught directing and acting. One of the teachers in the program received an award from Hillary Rodham Clinton at the White House for providing outstanding leadership in the community.

Ms. Wynne was selected by the Fulbright Committee in the United States to do theatre workshops and productions in Zimbabwe focusing on the everyday dilemmas women faced with AIDS and/or unwanted pregnancies. Zimbabwe declined her candidacy due to the proposed productions and workshops’ controversial nature.

Ms. Wynne’s other theatre productions include FOR EVER EVER, first performed at the Washington Theatre Festival; this production was subsequently nominated for Best Director, Best Play, Best Production, Best Actress , and Best Actor . It was later staged at The Kennedy Center for the Inside/Outside Open House, highlighting local talent. Another production Ms. Wynne staged for the Washington Theatre Festival was Stuart Browne’s THE TWO — the epic story about the Siamese twins Chang and Eng set in nineteenth century America, Siam, and England. This production won a Finalist Prize for Best New Play and Ms. Wynne was nominated for Best Director . Her apprenticeship as a stage director began at Arena Stage where she assisted Director Doug Wager on Emily Mann’s EXECUTION OF JUSTICE and served as Assistant Director on The Washington Opera’s L’AMICO FRITZ.

Another directing highlight includes staging a live performance for the Pediatric AIDS Foundation, “A NIGHT TO UNITE”; it was their first Benefit Gala Fundraiser held in Washington, D.C. The Gala brought together famous performers as well as Democratic and Republican senators to raise awareness about children with AIDS. Cher, Alan Alda, and Meredith Baxter-Birney were the featured entertainers. Coordinating thirty Hollywood stars and directing over twenty children for a musical number for an audience of one thousand was just one of the many tasks involved. The event raised over one million dollars. 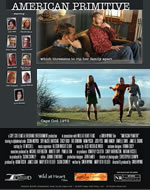