…The arrival in Oxford in October 1922 of the sophisticated Etonians Harold Acton and Brian Howard changed Waugh’s Oxford life. Acton and Howard rapidly became the centre of an avant-garde circle known as the Hypocrites, whose artistic, social and homosexual values Waugh adopted enthusiastically; he later wrote: “It was the stamping ground of half my Oxford life”.[36] He began drinking heavily, and embarked on the first of several homosexual relationships, the most lasting of which were with Richard Pares and Alastair Graham.He continued to write reviews and short stories for the university journals, and developed a reputation as a talented graphic artist, but formal study largely ceased.This neglect led to a bitter feud between Waugh and his history tutor, C. R. M. F. Cruttwell, dean (and later principal) of Hertford College. When Cruttwell advised him to mend his ways, Waugh responded in a manner he admitted later was “fatuously haughty”,[38] from which point relations between the two descended into mutual hatred. Waugh continued the feud long after his Oxford days, by using Cruttwell’s name in his early novels for a succession of ludicrous, ignominious or odious minor characters… (Wikipedia)

Two of the students with whom he was romantically involved formed the basis for his Brideshead character Sebastian Flyte, according to Paula Byrne in her book Mad World: Evelyn Waugh And The Secrets of Brideshead.
She said he went through an “acute homosexual phase” while a student at Hertford College, Oxford, but rather like the character Charles Ryder in his most famous novel, put it behind him.
While it has long been thought that Waugh, who died in 1966, was bisexual, Byrne said he “absolutely, unquestionably did” have homosexual affairs.
Byrne said: “It was all very much perceived as acceptable as long as it was a phase you grew out of when you left Oxford.”
He used to tease friends who had not had a homosexual phase that they had “missed out on something,” she said.
She named his Oxford lovers in order as Richard Pares, Alistair Graham and Hugh Lygon.
Byrne said that while he was “candid” about the relationships with Pares and the well-heeled Graham in his autobiography, he refrained from explicitly describing them as homosexual.
This was because by then he was a respected Catholic, and homosexual sex was still illegal.
But she said: “It’s obvious what he is saying, without spelling it out.”
She added: “He writes in a letter to Nancy Mitford [the novelist] and says he has been to visit Richard Pares, who was his first homosexual love. First.”
While most biographies had “hedged their bets” about whether he had a sexual relationship with Richard Pares, she said: “It’s absolutely clear to me he did have a fully-fledged affair.”
Following that first homosexual experience he had one with Graham, whom she discovered sent Waugh a naked picture of himself. The British Library, which holds the photograph, would not let her publish it in her book.
She also said she had unearthed definitive evidence that he had a physical relationship with Hugh Lygon, including a letter written by Oxford history don AL Rowse, and an interview with a female friend.
That relationship was top secret, she said, because Lygon’s father was Lord Beecham, who was exiled after being found to have gay relationships with servants.
“Lord Beecham was outed by his brother-in-law, like Lord Marchmain in Brideshead.”
In fact, she said, Brideshead was even more autobiographical than has previously been supposed.
Teddy-bear carrying Sebastian Flyte was a “composite character” of Lygon and Graham, she said.
“In some of the manuscripts he sometimes writes ‘Alistair’ for ‘Sebastian’,” she noted.
“As Waugh’s own brother said, there is a very heavy dose of autobiography in Brideshead.”
The writer left heavy hints that the relationship between Charles Ryder – whom she described as Waugh in disguise – had a physical relationship with Sebastian Flyte.
She said: “In the book he writes ‘To know and love another human being is the root of all wisdom.’ He doesn’t write, ‘to know and love a woman’, and I think that is significant.”
More evidence of his homosexual relationships came from a review he wrote of Degenerate Oxford, a book written by a friend called Terence Greenidge about life at the university in the early 1920s.
While Greenidge described such relationships between male undergraduate as “romantic”, Waugh said it failed to identify them for what they were – physical relationships.” (www.telegraph.co.uk) 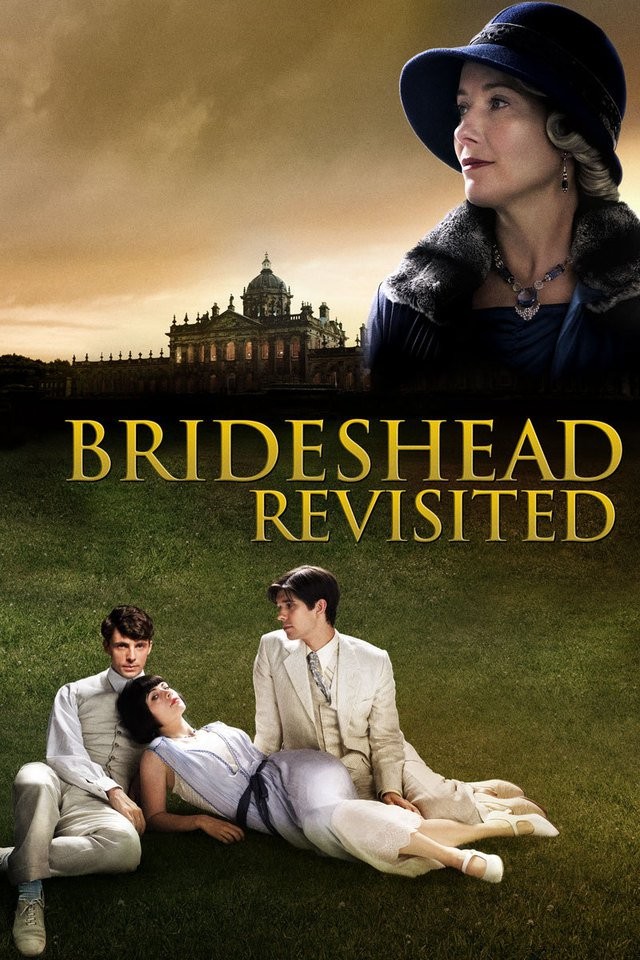