African American lesbian director CHERYL DUNYE, native of Liberia, Dunye holds an MFA from Rutgers University. Her third feature film, Miramax’s MY BABY’S DADDY, was a box office success. Her second feature, HBO Films STRANGER INSIDE, garnered her an Independent Spirit award nomination for best director. Dunye’s debut film, THE WATERMELON WOMAN, was awarded the Teddy Bear at the Berlin International Film Festival. Her other works have premiered at film festivals and museums worldwide. Dunye served on the boards of Outfest, the DGA, and the IFP. She has been honored with a Community Vision Award from National Center for Lesbian Rights, a Creative Excellence Award from Women in Film and Television, and a Fusion Award from Outfest and was selected as one of the 2008 PowerUp Top Ten Women In Showbiz. 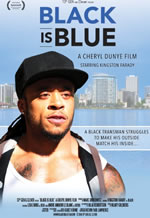 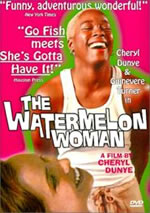