Bruce McDonald (born May 28, 1959) is a Canadian film and television director. McDonald was born in Kingston, Ontario. He graduated from the film program at Ryerson University. His first movie was The Plunge Murderer, followed by a feature-length zombie flick, Our Glorious Dead, made with his grandfather’s super-8 camera and shot on location at his Rexdale, Ontario high school, North Albion Collegiate. The film premiered in the school cafeteria and made $100.

His more successful feature films have included Let Me See(…), Knock Knock, Roadkill (1989), Highway 61 (1991), for which he won Best Director at the highly regarded San Sebastián International Film Festival, Dance Me Outside (1994), Hard Core Logo (1996) and Picture Claire (2001). Roadkill won most Outstanding Canadian Film at the Toronto International Film Festival and Hard Core Logo has been frequently ranked amongst the greatest movies ever to come out of Canada. McDonald earned some notoriety when he quipped, while accepting his $25,000 prize from TIFF for Roadkill, that he planned to spend the money on “a big chunk of hash”

He has also directed episodes of many television series, including Lonesome Dove, Twitch City, Degrassi: The Next Generation, Instant Star, Queer as Folk, ReGenesis and This Is Wonderland.

He completed shooting The Tracey Fragments (2006) in Toronto, which premiered at the Berlin International Film Festival. While shooting the scenes took him only two weeks, he spent nine months in post-production.

He directed the horror film Pontypool, which was selected as one of the best Canadian films of 2008 by the Toronto International Film Festival and is set for release in March 2009.

He was formerly romantically linked with fellow Canadian director Valerie Buhagiar. (McDonald, on the 15th anniversary DVD commentary of Roadkill, even said he had written the part of Ramona exclusively for Buhagiar, with the intention of making her his girlfriend.)

He currently resides in Toronto with his partner, cinematographer Dany Chiasson, and their young daughter, Charlie Yoko.

This Movie Is Broken, a concert film on Broken Social Scene was released on June 25, 2010.

In 2009, McDonald directed three short films for the cross-platform project City Sonic. McDonald, along with six other directors, shot 20 short films about Toronto musicians and the places where their musical lives were transformed. McDonald directed films starring Die Mannequin, the Cancer Bats and Geddy Lee of Rush. His 2010 film Trigger was the first film ever screened at Toronto’s new TIFF Bell Lightbox.

Hard Core Logo II premiered at the Whistler Film Festival on December 4, 2010 with the members of Die Mannequin and McDonald walking the red carpet. It had its second screening at the Victoria Film Festival on February 6, 2011 with Bruce and producer Rob Merilees present and is planning for a September release. (Wikipedia) 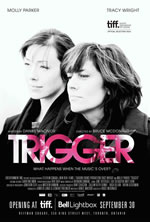 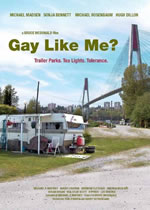