Originally from Athy, Ireland, Brendan is an activist, filmmaker and advocate for justice and equality for LGBT people in the Church and wider society. He is founder and co-chair of New York’s inclusive St. Patrick’s Parade, and founder of the Lavender and Green Alliance – a group serving the needs of the Irish LGBT community. Brendan is a presenter on spirituality, sexuality and justice at churches, colleges, community groups, rallies and retreats. He has testified in Washington DC and in New York and been arrested in defense of civil and human rights.

Brendan has been involved in the movement for marriage equality since 1998 and, with Jesús Lebrón, is co-founder of the Civil Marriage Trail Project, which brings gay and lesbian couples across borders to Canada to avail of legal same-sex marriage. Brendan lives in Astoria, NY with his spouse Tom Moulton. They were among the first New Yorkers and bi-national couples to legally marry in Canada in July 2003.

In March 2008, in light of Polish President Lech Kaczynski’s bizarre use of images of their wedding in an (in part, anti-gay) televised address to the nation, Brendan and Tom travelled to Poland and appeared on national TV, making the case for gay equality and same-sex marriage. They returned for EuroPride, in Warsaw, in July 2010.

Brendan has coordinated a documentary film series about being Irish and gay in America. His own films have been screened at many festivals, including the Cork International Film Festival (Remembering Robert: Director), the Tribeca Film Festival (Saint of 9/11: Co-producer & European Field Producer) and The NY Fleadh Film Festival (A Month’s Mind: Director). His work has also been broadcast on PBS and MNN New York.

It is his hope that he will bring the story of pioneer priest John McNeill to the EuroPride celebrations in Rome in 2011. 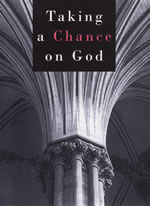