Andrea Meyerson is a filmmaker and event producer whose concerts and comedy shows adorn some of Los Angeles’ most elite stages and whose films have aired on here! TV and MTV’s Logo network and screened at film festivals around the world.

Andrea founded All Out Films in 2002, producing and directing the award-winning films: Laughing Matters (2003) and Laughing Matters…More! (2006), showcasing the talents and personalities of outstanding lesbian comedians. Her most recent work includes Laughing Matters… The Men (2007) and Kate Clinton: 25th Anniversary Tour (2007), both set to air on MTV’s Logo network.

Through StandOut Productions Inc., a company she founded in 1996, Andrea produces concerts and live comedy shows featuring some of the country’s best-known entertainers, including Joan Armatrading, Roseanne Barr, Nell Carter, Kate Clinton, Sophie B. Hawkins, Janis Ian, Holly Near, Vicki Randle, Toshi Reagan, Suzanne Westenhoefer and Cris Williamson. By combining the efforts of her two companies, she’s begun creating original content for the Logo network, such as L.A. Women’s Fest, an all-day comedy and music festival, and Suzanne Westenhoefer: Live from the Ladies Room, scheduled to air later this year.

Andrea is also a pioneer in the lesbian community, having started Women On A Roll in 1995, one of the largest grassroots lesbian social and cultural organizations in the country. She has been recognized as one of the Ten Amazing Women in Showbiz by PowerUp, a prestigious organization that promotes the visibility of gay women in entertainment; and honored by the Los Angeles Gay & Lesbian Center with the L.A.C.E. Award (Lesbians Active in Community Empowerment), for making significant contributions to the gay and lesbian community. In 2006, Andrea was among those selected to receive the WIN Outstanding Women Award from the Women’s Image Network (WIN) and was one of four finalists for PlanetOut’s Entrepreneur of the Year. This year she was the first out lesbian to receive the Women of Achievement Award, presented by the YWCA for empowering women and eliminating racism. 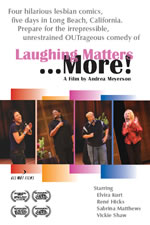 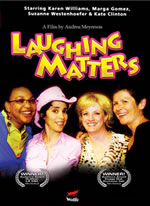 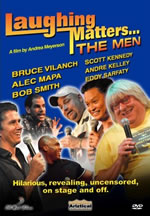 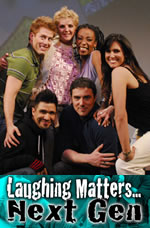