We need your help!

The article, headlined “Why is the Conservative Government Wasting Taxpayer Dollars on “Queer” Film Festival?” is posted on LifeSite.net

Gwen Landolt, national vice president of REAL Women of Canada is quoted as saying “The films are simply degenerate and degrading to humanity. There is no artistry there, the films are used as a political statement against established social mores, a way of showing contempt…”.

Landolt goes on to call the Department of Canadian Heritage’s funding decision in question, “… it’s a disgrace. I think the government is trying to show how wide open they are to all diversity, but surely there is a limit to tolerance.”

The LifeSite article encourages its readers to express concerns with Prime Minister Stephen Harper and Minister of Canadian Heritage Beverley Oda. Reportedly the article has made its way in and around many blogs.

This where you come in, dear member!

Please take a moment to write and express your support of our beloved festival. It is important that our elected government representatives hear all sides and perspectives. Make your voice count!

Do you feel strongly that the Vancouver Queer Film Festival is an important cultural venue?

Do you believe that our films do, in fact, warrant the same level of support as heterosexual films?

As a taxpayer who regularly attends the Vancouver Queer Film Festival, I feel that government funding of arts and cultural groups is a worthwhile cause.

The Vancouver Queer Film Festival is a community event with approximately 10,000 supporters. The films at this event represent the real and honest lived experiences of many, many people. The expression of these realities on screen allows people to grown, to expand their understanding and to have a deeper kinship with not only the person sitting next to them in the theatre but people who they may never meet. At this year’s festival there was a number of films that brought human rights violations to light and which fostered discussion afterwards.

This 11-day festival is a unique chance for the queer community to get together and showcase their art. I ask that it continue to be valued as an important part of the culturally diverse landscape in which we live.

Please, I strongly urge the Department of Canadian Heritage to continue to recognize the Vancouver Queer Film Festival as an enriching event worthy of government funding.

More on this issue….

With a new elected government, many of the Department of Canadian Heritage programs are under review. This includes the Canada Council for the Arts.

Out On Screen receives significant funding from both of these funding bodies to present the Vancouver Queer Film Festival, our Out in Schools program and most recently, our new initiative FirstOUT Video.

The regional office of Canadian Heritage defended their funding decision, now they need to hear from the community they’ve supported. We know that the government of the day can have a huge impact on funding agencies. It is important to have our voices hear with our elected government representatives!

As well as the Prime Minister and Minister of Canadian Heritage, you may wish to write your local MP. You can find their contact info by clicking here and entering in your postal code.

We feel it is alarming to be targeted in this way!

More about Out On Screen….

Over 10,000 attended this year’s festival, a showcase of arts and culture that celebrates the queer experience. Full film listings can be found at www.outonscreen.com.

The Vancouver Out On Screen Film and Video Society is a registered charity with the mission to promote the production and exhibition of queer media art creating opportunities for dialogue and education among diverse communities that cross class, age, ethnicity, spirituality, gender and sexuality. 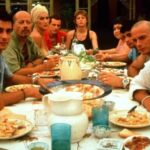 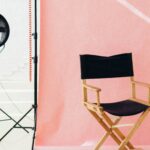 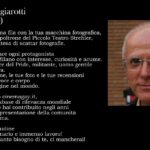 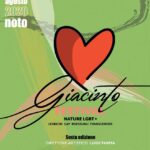 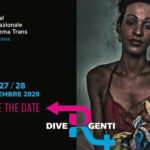